I was sorting some of my things to conserve space and was amazed of what I’ve found. I got some valuables I kept hidden for the longest time. I’ve unearthed the original copies of the poems I’ve written back in college. Sounds so primitive huh. But this entry will not talk about the emotions I felt upon holding and reading those literary pieces. That alone deserves a different space.

This page is about the two petite yet cute bears. They were wrapped in an equality small native bag as a memorabilia of Jade’s 18th birthday. I’m sure she will be surprised to know that until now, i still have those in my room.

Naming these two cuties isn’t much of a challenge. I suddenly thought of something that I love doing. iPa y Kara is a manifesto of my liking to karaoke or videoke hence I got the name for my female bear – Kara. While the other one is kinda tricky. iPa, should be written in such manner, tells about my passion and love in cooking pasta, the italian way. iPa stands for italian pasta.

iPa y Kara will add some color to my travels and some adventures. So get to know more about them by reading my blog. 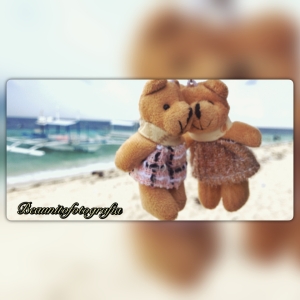 Thanks to Cebu Pacific Air, a lot of Pinoys are now able to afford to make foreign travels to our neighboring ASIAN countries. For the past years, the number of Pinoys making foreign travels had been increasing despite the fact that life here is a bit difficult.

I am one of those lucky ones to avail of air fare promotion of CebuPac. In fact I made several future bookings. Before it is difficult to avail such promotions if you don’t own a credit card. But now their website has improved tremendously. Not to mention the speedy transactions and the site now allows you to book your trip and pay using your ATM card under the conglomerate of Bancnet and even over the counter deposits to some selected banks like Metro Bank, Banco de Oro, Robinsons Bank. So booking your preferred flights at promotional price is never that thorny.

The recent promotion of CebuPac dubbed as “On your Clark, get set, go” my partner and I were able to book our dream trip to Bangkok, Thailand on February 15-19, 2010 via Clark. Imagine an Php 11,000 saving we made from the said promotion. That amount would be enough for the two of us to enjoy Bangkok, don’t you think?

I’ve been on the look out for this kind of promotion since August after we decided to visit Thailand next year. Prior to this promotional fare, round trip ticket to Thailand for two will cost us approximately Php 20,000.

Thank you Schwa for making all the effort to book our flights despite the fact you are having some trouble due to some restrictions of your Bank and country. So far this would be my most precious early Christmas and birthday gift for me..

Welcome to my world

While others are going gaga over the latest gadgets being released by the giant manufacturer, I kept my interest contained. I couldn’t help but being fascinated by the thought of collecting key chains from different places I’ve visited or as present from my friends; DVDs which range from British to Hollywood films mostly of romantic comedy, historical, inspirational and comedy in nature; and most of collecting currency, paper bills and coins alike, from different countries; my poems I scribbled back then and my travels.

This is one of the best churches I’ve ever since here in Cebu. I do apologize because my memory doesn’t serve me right that I can’t really recall the exact town where this church is located. If anyone of you know the town down south please let me know.

I took these photos while on our way to Sumilon Island. Due to nature’s call we dropped by a gasoline station to pee and refuel our service. It was the owner of the gasoline station who suggested to visit the abandoned church.

I can see that indeed this magnificent infrastructure was a bit for quite sometime. But today, it’s undergoing a total face lift. 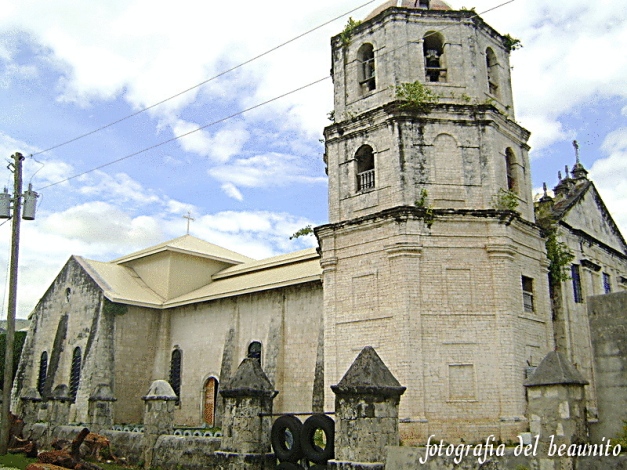 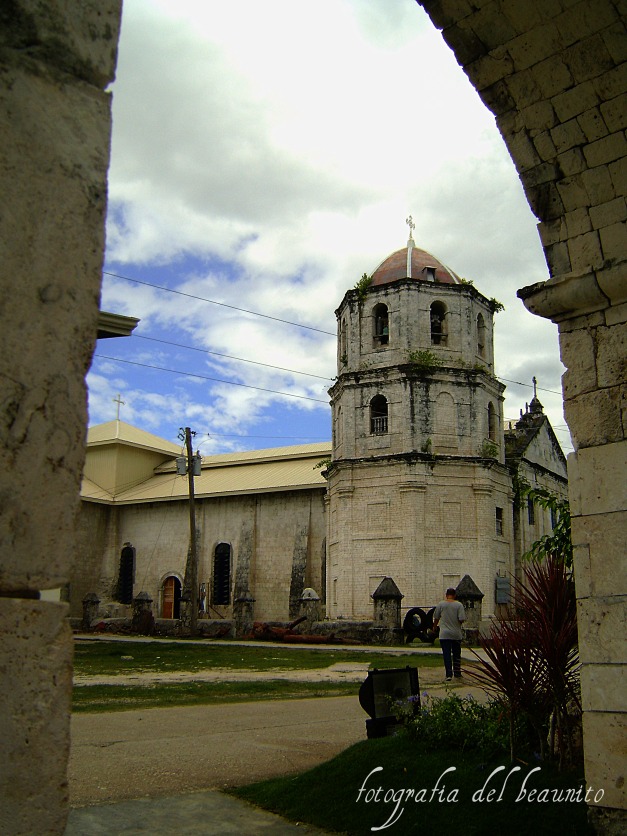 After a long time of dreaming to explore Sumilon Island, at long last it’s a dream come true. Tomorrow will be the day of its fulfillment. I would like to thank Karla Paner and her team in letting me join her team for this trip.

Malapascua Island is blessed with pristine waters and nice, fine , white sand shoreline. Though I’ve seen countless numbers of tourists visiting the magnificent island, yet I haven’t seen any security guards moving around to check and make sure that the place is risk-free. However, dogs are everywhere.  Dogs seemed so friendly and accommodating. They will walk along with you. These dogs are so lovely to look at, though I am not a pet lover really.

One of the prominent cities in the south of Cebu is Carcar City. It is known for its one of a kind chicharron – a native delicacy made not only of pork skin but with a slice of meat. This makes it unique with other chicharron.

Chicharrón is a dish made of fried pork rinds. It is sometimes made from chicken, mutton, or beef.

Chicharrón is popular in Andalusia, Spain, and in Latin America is part of the traditional cuisines of Argentina, Belize, Bolivia, Brazil (where it is called torresmo), Colombia, Cuba, Dominican Republic, Guatemala, Honduras, El Salvador, Mexico, Nicaragua, Panama, Peru, Philippines, Venezuela, and others. The singular form, chicharrón, is also used as a mass noun, especially in the Philippines where words do not have a pluralized form. They are usually made with different cuts of pork, but sometimes made with mutton. 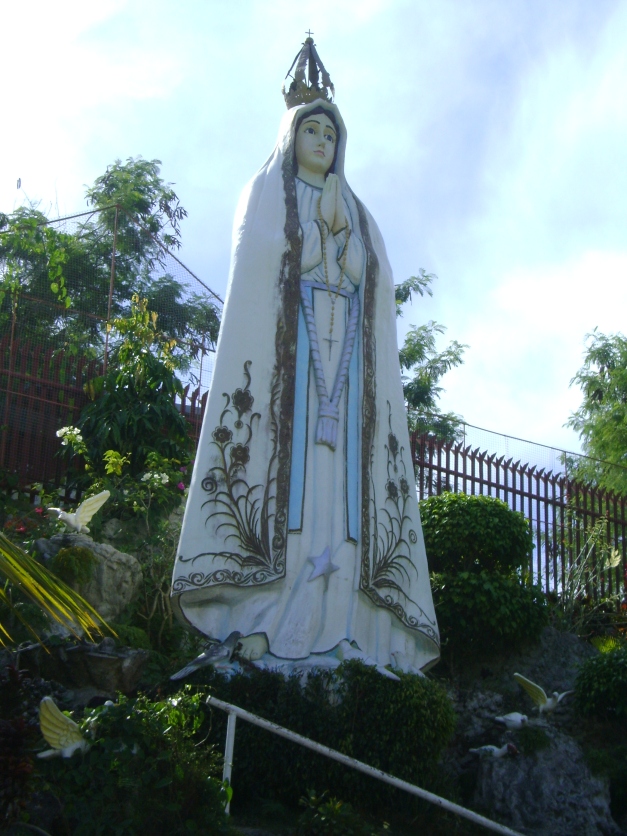 My own shoot of Our Lady of Simala – Cebu during my first visit there..

Museo Sugbo on the Go

Artifacts, history, memorabilias, earthenwares and preserved documents and letters are the main attraction of the newly opened Museo Sugbo. The museum is situated along MJ Cuenco Street. The building is used to be the Cebu provincial jail.

Historian and artistically inclined patrons will surely flock their way to Museo Sugbo. The place is right to be converted into a museum. One will never be astray since a huge tarpaulin is displayed on the right side of the main facade of the edifice.

Museo Sugbo as of the moment houses three segments – the provincial museo, which showcases the father of Sugbo and the Rama, who among the few true blooded Cebuanos who contributed much in what is Cebu at present. Second is the Philippine Political History Museum which displays the portraits of the Philippine Presidents. Lastly is the National Museum which flaunts the earthen wares which were excavated by archeologists. It also exhibits the gold necklace which was excavated by USC staff in one of the lots in Argao.